A Dad's Bible...why in the world am I reviewing this you ask? Allen wanted to get his hands on it. I have flipped through it and Allen has spent some time studying through it and here is how it measures up.

The Dad's Bible (New Century Version) by Robert Wolgemuth is a newly released specialty Bible that is intended for Dads. It includes several features that are unique to Fathers, such as: articles on a Dad's authority, articles teaching about godly character, articles about the faith of the next generation, a look at other Dads throughout the Bible, articles about nurturing your children spiritually, articles answering the practicalities for raising children, question and answer section as well as a topical index and notes pages in the back.

The features seem to be well thought out and helpful for a new Dad or a Dad-to-be. I can imagine how helpful these articles would be for someone new to parenting and needing a Biblical perspective on all the ups and downs of raising a child.

The version of this Bible, New Century Version, is not preferred by many. This version is just okay. A commitment to the Word requires reading it every day, soaking it up and meditating on it, and with that kind of commitment, there should be great delight in the translation that you choose. After reading through several translations and researching the ones closest to the original language, we have settled on the English Standard Version, our favorite for everyday reading. However, the New Century Version does seem to be a very readable version for the new believer or for the new Dad who hasn't the mental capacity to think much after being awake with his newborn all night. I get that.

All in all, the recommendation for this particular Bible would be for new Dads and Dads-to-be who are also new believers and don't have much foundation in the Word to begin with. This would be altogether helpful for them to have some guidance and wisdom through the articles and especially as it directs him toward the truth of the scriptures.

(I am reviewing this for Thomas Nelson Books @ BookSneeze) 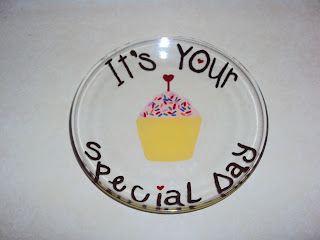 I saw this tute and have been wanting to try it out. Fortunately, I have some crafty (and not so crafty, but their own admission) friends who were willing to help me find the supplies and market it as a Chocolate and Crafts Mom's Night.


For this project you will need:

This is how you do it:

Buy some glass plates from Dollar Tree (we ordered them online and got them for $1 each, shipped to the store). I'm sure you can find them anywhere, but this is definitely the best deal. 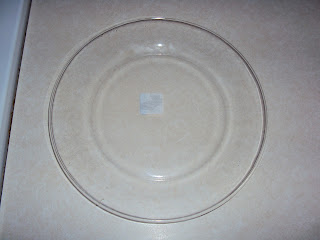 Buy some Acrylic paints designated to use on glass. You will find these with the tubes of regular acrylic paint, so pay attention to get the ones for glass. They look like this: 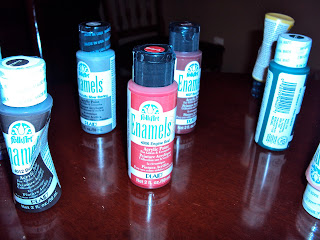 Use your dry erase marker to write on the front of the plate and solidify your design.

Come up with a cute design and wording, turn over your plate and get to painting! (you will be writing your words backwards) 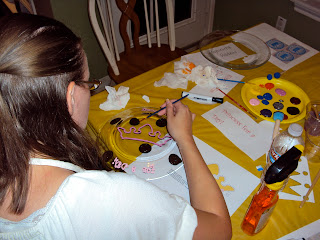 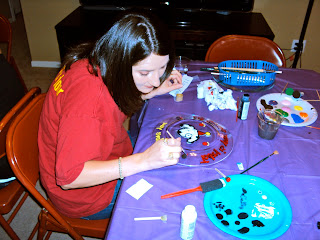 Wipe clean the front of your plate and bake in the oven for 30 minutes at 350 degrees. This sets the paint and makes it durable from getting scratches and scrapes on the paint. 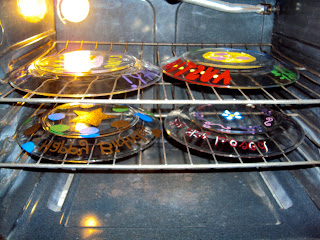 Use to celebrate someone you love! Hand wash when done.

Here's what we came up with: 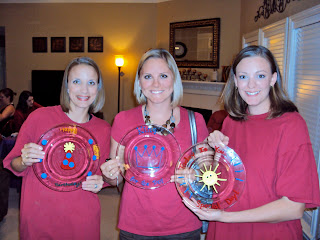 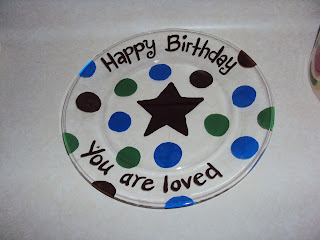 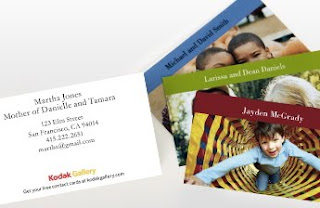 Someone told me about Kodak's free "Mom Cards" that they offer and I wanted to share that discovery because they are so neat!

I created some Mom Cards for myself because often I want to share my info with someone I have met at the park, grocery store, church, and I can just pull out one of those cards with our picture, names, and contact info without having to find paper and probably a crayon out of the diaper bag to write it out.

And the best part? They are FREE! All you have to do is pay shipping. I believe it was around $3. I think it's well worth it! I hope you are able to take advantage of this deal.

The latest hoopla in our house has been the silliest thing.

Our older kids have made everything (and I mean everything!) into a competition.

It started with trying to finish their lunches first. "I finished before you! I win!" (with a mouthful and ready to choke) and has perpetuated into naptime ("lay me down first! Why do I have to be second?"), and has even made its way into our prayer time. "Why does he get to pray first? Aw man! I wanted to pray first."

We have countered the kids on it many times, bringing in scripture, relaying Jesus thoughts towards first and last:

"In humility, count others more significant than yourselves." Phil. 2:3

But alas, the arguing still continues.

As I shepherd my kids and address their sin, I have to ask myself, "In what way have I modeled this?"


Maybe in selfishly doing what's important to me instead of what the kids want to do
Maybe in selfishly denying what they desire to do because it causes hassle on my part (much put together time, much clean-up time, requiring my full attention)
Maybe in doing things that serve myself instead of selflessly seeking out ways to serve Allen


I know there are many more, that just scratches the surface. But it gives me much to think and pray about.

How are you modeling a "me first" mentality in your life? 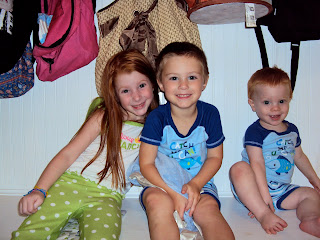 Time for some more Duty-isms! Easton got added to the list this time. He's starting to chime in!

Time to read out of the script. (scriptures)

Mommies don't work, mommies make the dinners. (so what exactly am I doing while I'm cooking? I want credit where it's due!)

Do you want to be a space alien when you grow up? (Taylor says to Beckett and he says, "No I just a boy".)

I wetted my hair with water so my headband would stay stucked.

I am not going to have a big converstation about this.

Just go out, Mom (while I was doing the whole "tuck him in, sing to him, pray" routine)

No...I think I just a boy. (when asked if he is wants to be a fireman when he grows up)

But mom! Easy man does not talk! What if he just says "mama" or "dada" and doesn't know what I saying! (very frustrated with the idea of saying sorry to Easton and asking him for forgiveness)

Daddy and SuperWhy are both paying soccer. They are both soccering.

MMM-wah! (blows so many kisses)

Clapping after I finished changing an old poopy diaper with diaper rash. He was glad to be done!
at 3:35 PM No comments: 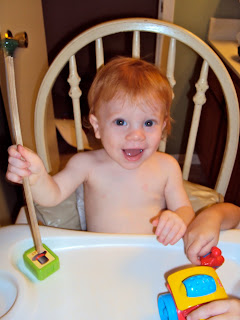 About the time he started getting mistaken for a beautiful girl...

When the curls were flowing a little too long, looking mullet-esque...

When we found out we are having family pictures on Friday...

Yep, all of those facts contributed to our decision to cut the "Easy Man's" hair.

You may remember the time we first cut Beckett's hair...that day wasn't sad for me. I thought he was super-cute with shaggy hair, and then after we cut it, I thought, "Wow! He is a doll with shorter hair. I can actually see his precious face."

Cutting Easton's hair took some working up to. I was going to have to chop off those beautiful curls in the back. Would they ever come back? He's the only one in the family who actually HAS curls. Sad day.

I chopped. And I cried when I saw the curls hit the floor. I scooped them up and saved them, but was still sad. Over the past few days of getting more used to Easton's short hair, I am better. He certainly looks more like a little boy, more grown-up, more handsome (especially when I spike it like Daddy's). I don't know if the curls will ever make another appearance, but I am hopeful. 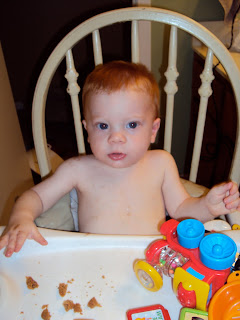 See our precious toddler??? Not looking so much like a baby anymore. More like a little Allen. I love this beautiful boy. 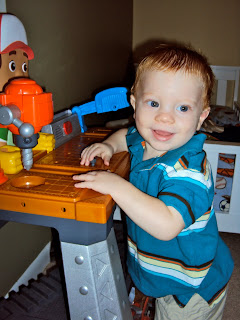 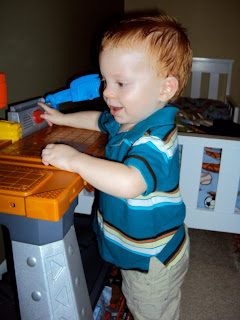 Kendra
I am a stay-at-home mom to 3 cuties, wife of a church planter, homeschooler at heart (in a transition right now), long-time crafter, so-so seamstress, lover of holidays and traditions, and follower of Jesus. We praise the Lord everyday for the blessings He has given us in Himself, in our family, in our church body and in life. He is so good to us! We invite you to join us in this journey through life.

what I blog about

up to the minute coverage...